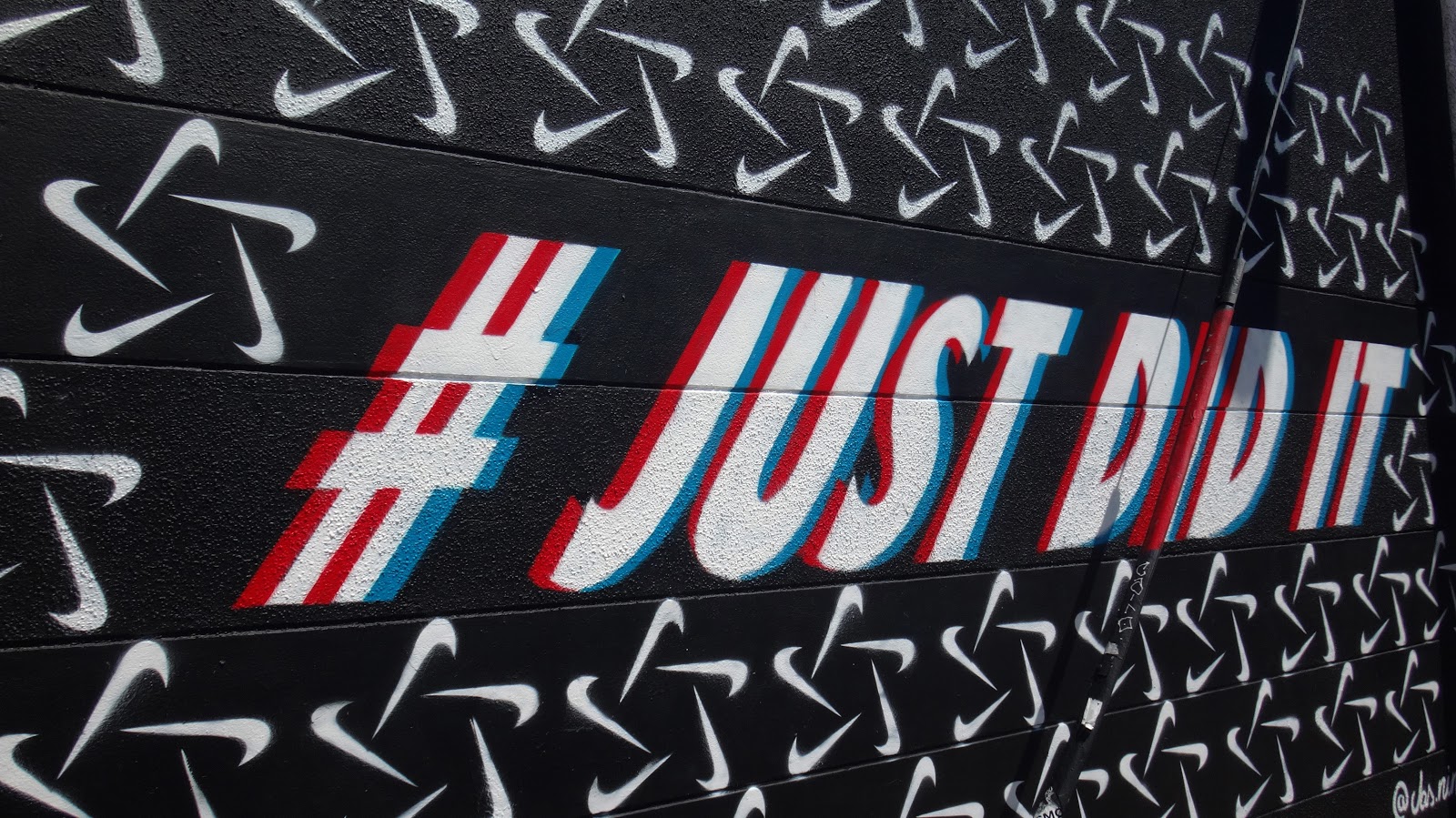 Ever heard of the rule of three? If you haven’t, you should be aware that this marketing tactic is being used on us on a daily basis.

Apple’s Steve Jobs was a fan of applying the rule of 3 in nearly every presentation and product launch.

In 2010, Jobs introduced the first iPad with a slide showing the new tablet as a “third device” between a smartphone and a laptop.

And he didn’t stop there.

The iPad, he told the audience, would also come in three models: 16, 32, and 64 GB. They were each introduced as the thinner, lighter and faster models compared to the original.

There’s a reason for this.

Jobs was well aware of the cognitive principle that our brains are wired to remember 3 things effectively. With 3 things, ideas become sticky and it kick-starts the generation of an idea virus.

But Jobs wasn’t alone, nor was he a pioneer in using the rule of three. Other big brands, classic writers and hollywood filmmakers have been using it to tell their stories decades before Apple came along.

And with this guide, we’ll show you how you can join the tradition and use the rule of three to elevate your marketing as well.

What’s The Rule of Three?

The “rule of three” is the cognitive principle that things that come in three are more easily retained. This is supported throughout psychology and can be used to better convey complex ideas to your audience in many ways.

Why does the Rule of Three work?

Memory isn’t an area of expertise for humans — that’s why we invented writing.

Simply put, our brains cannot handle the cognitive load of processing and memorizing more than 3 (sometimes 4) “chunks” of information.

Breaking down ideas in groups of three had its origins in speechmaking, where making your ideas succinct, memorable, and impactful were paramount.

Founded in oral traditions, the rule of three primarily had the effect of mediating the rhythm of oral speech. We remember Marc Antony’s poignant rhetoric – “friends, Romans, countrymen” – as he justifies Caesar’s disposal.

Linguistically, it’s understood that localized repetition establishes a meaningful relationship between the parts. This formal repetition, stylized to avoid the negative psychological effects of simple repetition, works with your brain in better memorizing and comprehending your oral and written pieces.

Rule of Three In Our Everyday Lives

The rule of three isn’t just present in the Shakespearian classics or catchy Apple product features. Once you start looking, you’ll begin to notice just how ubiquitous and commonplace this technique is. Stretching across entertainment, culture and even countries, the power of three is not something to be disregarded.

In our plays, TV and film: Thanks to Shakespeare and the three-act structure – beginning, middle and end – this structure is used throughout drama and in modern TV and film today.

“Life, Liberty and the Pursuit of Happiness” – Rights outlined in the U.S. Declaration of Independence.

“Veni, vidi, vici”: A Latin triad meaning “I came, I saw, I conquered”, popularly attributed to Julius Caesar of Rome.

“Liberté, égalité, fraternité”: The slogan of the French Republic

30-60-90 day plans: A planning process of how professionals can strategically win job interviews and climb up the organizational ladder.

Government: Many governments the world over (including the US and Canada) have their administration divided into executive, legislative and judicial branches.

Education: Progression in academia transitions from a bachelor’s degree to a masters before concluding in a doctorate or PHD.

Meals: Meals are divided into breakfast, lunch and dinner.

Surprised at how commonplace the power of three is? In our culture, in our systems and organizational structures, it seems to always play a vital role.

Especially when it comes to communicating and selling.

So here’s how you can start leveraging it today.

How To Use The Rule Of Three To Elevate Your Marketing

5 Ways You Can Use The Rule Of Three

1. In copywriting/landing pages
2. In slogans and taglines
3. In stories
4. In public speaking
5. In building websites

1. Using the Rule of Three in copywriting and on landing pages

The rule of 3 helps you convey concepts clearly, clarify your points and make your messages more memorable. This applies to copywriting on your landing pages.

Your landing pages are one of your most important sales tools. If the copy is not memorable, well-written and engaging then your far less likely to capture leads.

To apply the rule of 3 to your own copy, think about how you can summarize your message in 3 parts.

Ask yourself, what do you want people to remember when they see your website or your ad?

Writers recognize the power of simplicity and keeping it simple.

This is why taglines and slogans like Nike’s ‘Just do it’ nestle themselves in your brain — they’re written in 3 parts!

It’s likely these taglines are never going to fade away from the reader’s mind.

Slogans work in much the same way as copy and should be kept simple, but also as a little unexpected. Think of the ‘unexpected’ as ‘the hook’ the next time you sit down to write a Spielberg-esque screenplay.

So remember, 3 parts/words that link to your company message. And something a little unexpected. Here are some famous examples for inspiration. 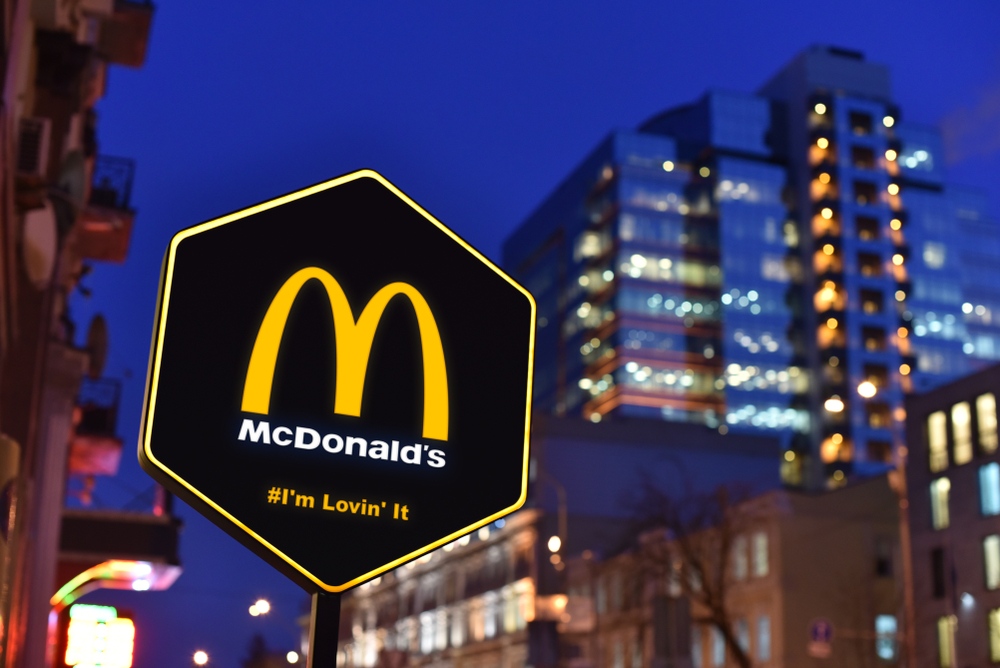 3. Stories that stick: Using the Rule of Three

In speaking on the power of stories, fables, and legends, think back to storytelling around the dinner table. Everyone has that uncle who recites a whopper of a fishing story at the annual family gathering.

Come on, we all know it by heart: your uncle landed the most sizable catch of the day and it was this big.

You watch him gesture and spreads his arms out wide to indicate the size of this giant river monster he someone pulled from the banks of the creek. And you realize that with each iteration the fish grows larger and larger.

The point is there’s nothing wrong with exaggerating or, better yet, crafting a vision of the future.

Telling a slightly tall tale around one’s struggle to overcome a difficulty or in keeping with the rule of three might just take your content to the next level.

Consider for example how JFK made idea of going to the Moon sticky to his fellow Americans. This plan was shared in a sort of proclamation and divination of a future not yet understood by most.

Steve Jobs did this, of course, when he envisioned iPods and iPhones. But so do most others in the creative industries, to include Spielberg as a screenwriter and even Homer in his telling of the hero’s journey.

Next time you’re writing storytelling content, think of it in 3 parts, just like the natural storytellers in your family. They’ve slightly exaggerated to make a convincing story, they present the story with the event, increasing tension and then a final ending.

And it works because it’s got your attention!

Start by creating the situation or problem you’re facing, increase tension when a conflict arises and, then, finally, resolve the issue or learn a lesson from it.

You’ll end up with a very memorable story that you can use for branding and marketing.

4. Public Speaking, Humour and The Rule of Three

The next time you have to do a presentation at work, you won’t have to worry about holding the attention of a room.

When you’re speaking to a crowd, you want your points to stay in their memory and leave an impact for as long as possible.

And the rule of 3 is going to help you do that.

Here’s how you outline your presentation using the rule of three:

Once you have your baseline structure set up in your presentation, you can work on the tone of your messaging.

Comedic punch is also another variant on the rule of three. It’s taking the audience from safety, to silly violation, and, finally, ending with comedic conflict and laughter.

Using humour helps break the rhythm of your speech to create a nice surprise and pique people’s interest. You’re conveying your personality, but also using humour to break down complex ideas that may otherwise go over people’s heads if they stop listening.

Applying the rule of 3 to website design will help you get an optimal layout and the best aesthetic to attract visitors and encourage them to stay.

Applying this rule as a grid onto the web page layout helps web designers learn where elements should be placed.

Check out MotoCMS blog’s example of the following website structured in line with the rule of 3: 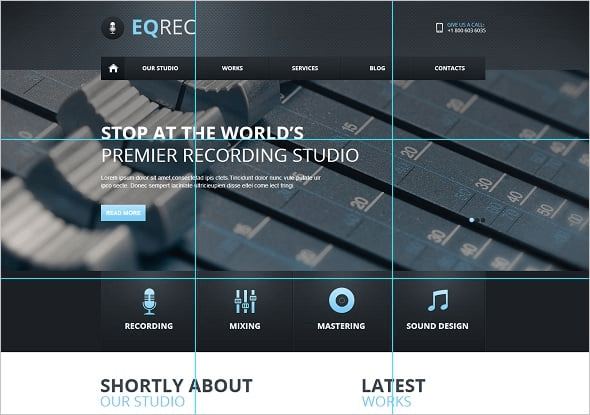 The above image has used the rule of three to their design advantage to draw the visitor’s eyes to the most important elements they want noticed.

Take this image of eye scanning and the rule of thirds from Codrops: 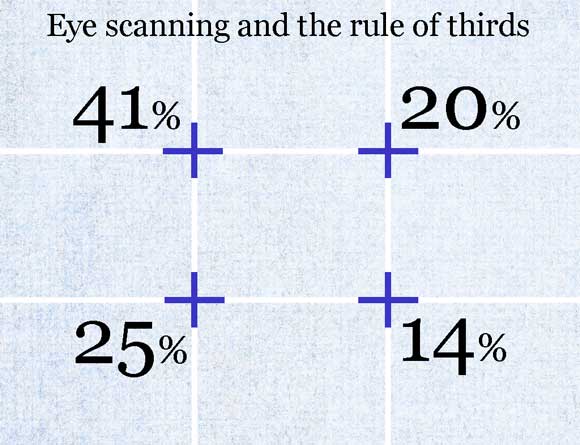 Placing a grid over a webpage helps web designers understand where a visitor’s eye will naturally be drawn to depending on the area of the screen. Apparently, the most engaging spots are where the grid lines intersect at the plus sign.

You can apply this formula to photography, drawings, or even simple tasks like when you’re cropping photos.

Key Takeaways for Using The Rule Of Three

In summary, and if it has not already been made clear, your use of the rule of three is critical in mastering the creation of content and making it stick and viral worthy.

Use it when writing your next bit of copy, your presentation or speech.

Even if you have an exponential number of items to convey to an audience, you should try to chunk all of that information into three categories. Then work to create simple taglines and emotional connections in a personal or self-deprecating way.

Attract consumers on an unconscious level through your marketing with grouping things in three. You can do this for:

Engaging with this structure, but not too formulaically, mind you, will allow you to channel all the ‘Steves’ mentioned above so as to achieve business success.

Whatever that may mean to you.