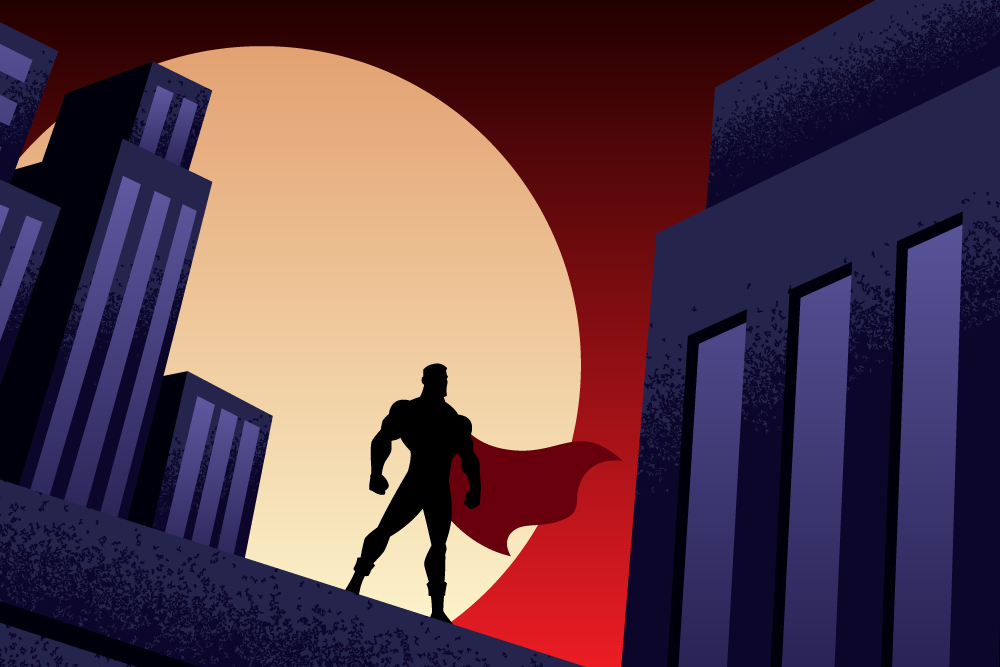 Leading the charge to triumph over adversary, “The Hero” affects change and inspires growth, even if that involves sacrifice. “The Hero” knows right from wrong and isn’t afraid to be brave to improve the lives of their audience, motivating them into action or inspiring change. “The Hero” believes in leading by example. Having complete faith behind their convictions, “The Hero” aims to leave a positive mark on its audience, their problems, and the world as a whole.

As a motivator and changemaker, “The Hero” engages with their audience primarily through motivating them and inspiring action. Rising to the challenge, “The Hero” sees no mountain too high to climb or any river as too wide to cross. If there’s a will there’s a way. “The Hero “challenges its audience too, daring them to disrupt the status quo and spurring a paradigm shift. Achievement and goal-oriented, “The Hero” instills competency and doesn’t accept anything less.

Oftentimes, the enemy is not a visible adversary but an internal one. Self-doubt, insecurity and doubts about personal worth come to a head when there isn’t anybody to believe in our skills or capabilities. “The Hero” leans into change and draws people to be the best version of themselves and provides products and services to achieve that end. Whether it’s sports equipment, a social cause or medication; if it’s impactful, you can expect “The Hero” to be behind it.

The Hero brand personality is another ubiquitous archetype that’s seen in across almost all industries and businesses. You’ll most commonly see this personality being emulated in sports equipment, charities, NGOs, and any other organization that’s focused on either helping lift people up and/or achieve their goals.

Here are a few examples.

Nike needs no introduction. Their “just do it” tagline encapsulates everything that they are – treading the fine line that the hero brand personality typically walks between taking the accomplishment themselves and standing as an observant bystander.

Don’t be fooled by the defintion. The Hero is rarely ever the star of the show. This brand personality is built off of the support that it can give and provide to its audience. The raison d’être behind Nike is to make its users feel like they can achieve anything and everything just by engaging with their brand. From sneakers and sportswear to training and sports equipment, the brand is positioned to help those who engage with them overcome their limitations and achieve mastery over their own goals.

The above video is the best depiction of everything that Nike is. Hero brands don’t just magically fix everything that they touch, they lift, support and encourage those who have the courage to take the first step. Nike’s “Find Your Greatness” video acknowledges the fact that for many people, the struggle is often not between an external enemy, but an internal one. For Nike, the secret to greatness was already always there. They just help their customers draw it out.

After all, Nike is not there to do it for them, they’re there to let everyone know that often times, it’s as easy as telling yourself to “just do it.”

A laundry detergent product might not be the most obvious contender for the Hero spotlight, but everything about Tide exudes the exemplary traits of the brand personality.

As the old proverb goes, clothes make the man. Tide recognizes the fact that wearing clean, comfortable and stain-free clothes can do wonders in lifting the confidence of other and supporting their day-to-day life. On first appearance, it might appear that the personality of Tide resembles more closely to that of a caregiver, and you’ll be forgiven for thinking so. Hero brands like Tide and Caregiver brands like Johnson and Johnson both occupy the soap, detergent and cleaning space but do so in very different ways.

As shown in the above video, Tide is focused on elevating and supporting the endeavors of its audience. For those young heroes among us who love daring adventures, skinned knees and grass stained paints, Tide is there to give them the confidence to do so. Johnson and Johnson, on the other hand, is more focused on personal care and protection. Caregiver brands are there to pick up the pieces while Hero brands are there alongside you helping you fight the battle.

Tide’s own messaging system acknowledges this facticity. A great brand philosophy example that takes into account their brand personality, Tide’s ‘Loads of Hope’ initiative firmly places them in opposition to the caregiver brand personality. Tide’s initiative began shortly after Hurricane Katrina. From their own website, “Tide believes in the power of clean, and for our friends going through times of crisis, clean clothes can make a difference.”

Power, crisis, and difference – all examples of verbiage that are chosen to support success, competence and overcoming – classic values of The Hero.

How to Emulate The Hero Brand Personality

While you might envision the silhouette of a caped superhero or a masked avenger when you think of a hero, the same can’t be said when it comes to the hero brand personality archetype.

At the end of the day, The Hero is not the star of the show. The consumer is, and these brands act as supporters, cheerleaders and sidekicks to help everyone and anyone achieve whatever it is they want to accomplish.

A branding strategy needs to be intentional, strategic and heavily researched in order to be effective. While this type of work can be done in-house, we strongly recommend consulting digital marketing specialists such as ourselves for an entire suite of branding services including but not limited to interactive design, content, copy and graphic design and branding and identity.

Get started on your free 30 minute consultation today at https://advesa.com/