Home > Design > Oxford Comma – Your Guide To The Punctuation That Could

Commas can be confusing little pieces of punctuation – when, where and how to use them isn’t always clear, especially because their use can often be stylistic. Use of the Oxford comma can be particularly puzzling, especially because its use is debated by different style guides.

The AP (Associated Press) style guide, for example, which is commonly used by journalists and newspaper reporters, does not suggest the use of the Oxford comma. On the other hand, the APA (American Psychological Association) and the Chicago Manual of Style, often used by publishers and in academic writing, do recommend its use.

This article will take a look at:

What is An Oxford Comma?

The Oxford comma, also known as the serial comma, is a comma that is used before the words and, or, or nor at the end of a list that contains three or more items.

Want to take your blogging to the next level? It might involve more than including the oxford comma. Here’s how you can  “Learn To Write Better For Your Blog in 10 Everlasting Ways.”

The Oxford comma is stylistic, required by some style guides and not by others. For the most part, writers can decide for themselves whether or not to use the Oxford comma in their writing, depending on their style and preferences.

For example, check out the sentences below. The first does not contain an Oxford comma while the second does. Can you determine what difference this might make to a reader?

I love my brothers, Shakespeare and Brad Pitt.

I love my brothers, Shakespeare, and Brad Pitt.

Origins of The Oxford Comma 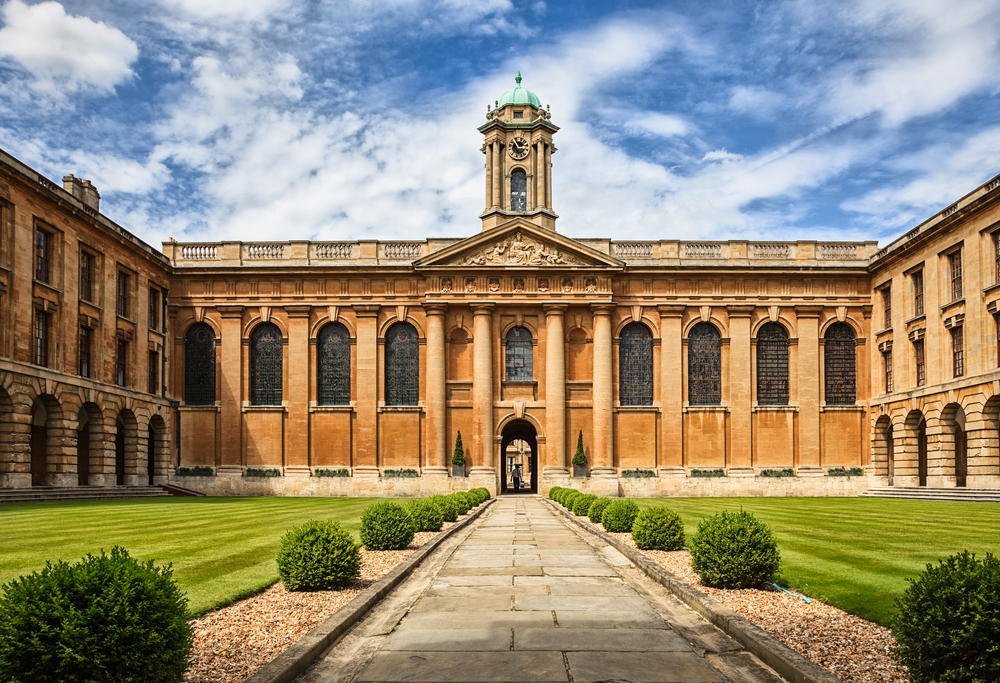 The Oxford comma was traditionally used by printers, readers, writers and editors at the Oxford University Press. However, its origins are highly debated and not always agreed upon.

Many attribute the Oxford comma, or serial comma, to Horace Hart.

Whether it was Horace Hart or Howard Collins who was the first to refer to the use of the Oxford comma, it was Peter Sutcliff who ultimately gave it the name we know it by today.

The Importance of The Oxford Comma

The use of the Oxford comma, or serial comma, can be incredibly important for the clarity of a sentence and in helping to avoid confusion and ambiguity for readers.

For example, in the sample sentences above, the first sentence, without the use of the serial comma, may be perceived as referring to your brothers who are Shakespeare and Brad Pitt.

The second sentence, which uses an Oxford comma before the word “and”, makes it clear that there are three separate things you like – Shakespeare, Brad Pitt and your brothers. In this case, the use of the Oxford comma is necessary in order to make it clear to your readers what is meant.

This Oxford comma meme makes the importance of the comma’s use even more clear. The visualization here demonstrates how ridiculous perceptions can result when the serial comma isn’t there to make a sentence unambiguous.

Writing The rules involving writing, grammar and syntax might bog you down at first if you’re inexperienced. Check out our guide on what to do if you want to learn  “How To Write Faster.”

While sentences like the one above can become comical without the use of proper punctuation, the true importance of the Oxford comma can be more significant and, in fact, costly. Recently, this importance came into play in a court case in Maine. Truck drivers in the dairy industry in Maine had not been paid overtime due to an exemption rule that read:

Meat and fish product; and

Without an Oxford comma before the “or” in “packing for shipment or distribution of”, the rule was interpreted by the dairy company to include the drivers in the exemption. The company argued that the drivers should not receive overtime pay because they provide the distribution of these products.

The result of the case – the lack of an Oxford comma cost the dairy company an estimated $10 million and forced the state of Maine to make changes to the law, replacing all commas in the law with semicolons.

If this huge lawsuit isn’t enough to prove the importance of the Oxford comma, what is?

While the Oxford comma can typically be used to solve problems of clarity, so can rearranging a sentence. In some cases, a writer may choose to do this rather than using the Oxford comma.

For example, rather than adding an Oxford comma to the sentence I love my brothers, Shakespeare and Brad Pitt, you could rearrange it to read – I love Shakespeare, Brad Pitt and my brothers.  By doing so you can create a sentence that is clear even without the Oxford comma.

Either way, clarity is very important and a lack of clarity can result in costly disputes.

The Comma In Action

The Oxford comma, or serial comma, is used to clarify potentially ambiguous sentences, especially when the sentence contains a list of three or more items. For example, the sentence below doesn’t contain an Oxford comma:

Without a serial comma, this sentence could be interpreted to mean that you like running while watching movies – not something that sounds particularly relaxing and likely not what is meant by the sentence. Adding an Oxford comma to this sentence will make your intention much more clear.

Writing isn’t all about grammar, syntax and punctuation. It’s about telling a story and eliciting emotion. Here’s “10 Persuasive Writing Techniques To Make Your Copy More Profitable.”

With the comma placed before the “and”, it’s clear that there are three separate activities you enjoy – playing games, running and also watching movies.

In most cases, the use of the Oxford comma is stylistic and the choice of the writer. Unless you’re writing using a particular style guide, whether you use Oxford commas is up to you.

Interestingly, one of the main reasons the Oxford comma isn’t used is in order to save time and space. This was particularly important years ago before digital publishing was commonplace. Typewriters, for instance, used fonts in which every character was the same size.

For example, a period and a “Z” would take up the same space on a page. As well, old newspapers and the printing of other physically published documents required every character to be created and then arranged on the press. It’s understandable, then, why you would want to minimize the characters being used in a piece of work.

Nowadays, however, with digital publishing the norm, this is less of a concern and the choice to use the Oxford comma has become mainly stylistic.

Key Takeaways On The Oxford Comma

The use of the Oxford comma, or lack thereof, may not seem that important, other than providing clarity for a reader.

However, a recent court case made it clear just how important punctuation can be. When a court ruled that a dairy company in Maine pay its drivers $10 million dollars due to a misinterpretation in overtime laws, it created change and re-surged the importance of the Oxford comma and its use for clarifying ambiguous language.

Who knew a little comma could be so powerful?

So, whether you currently use serial commas in your writing, prefer not to, or just weren’t sure whether or not you should, this guide should help you to have a better understanding of why these commas are so important, how they can provide clarity and when their use might be necessary.